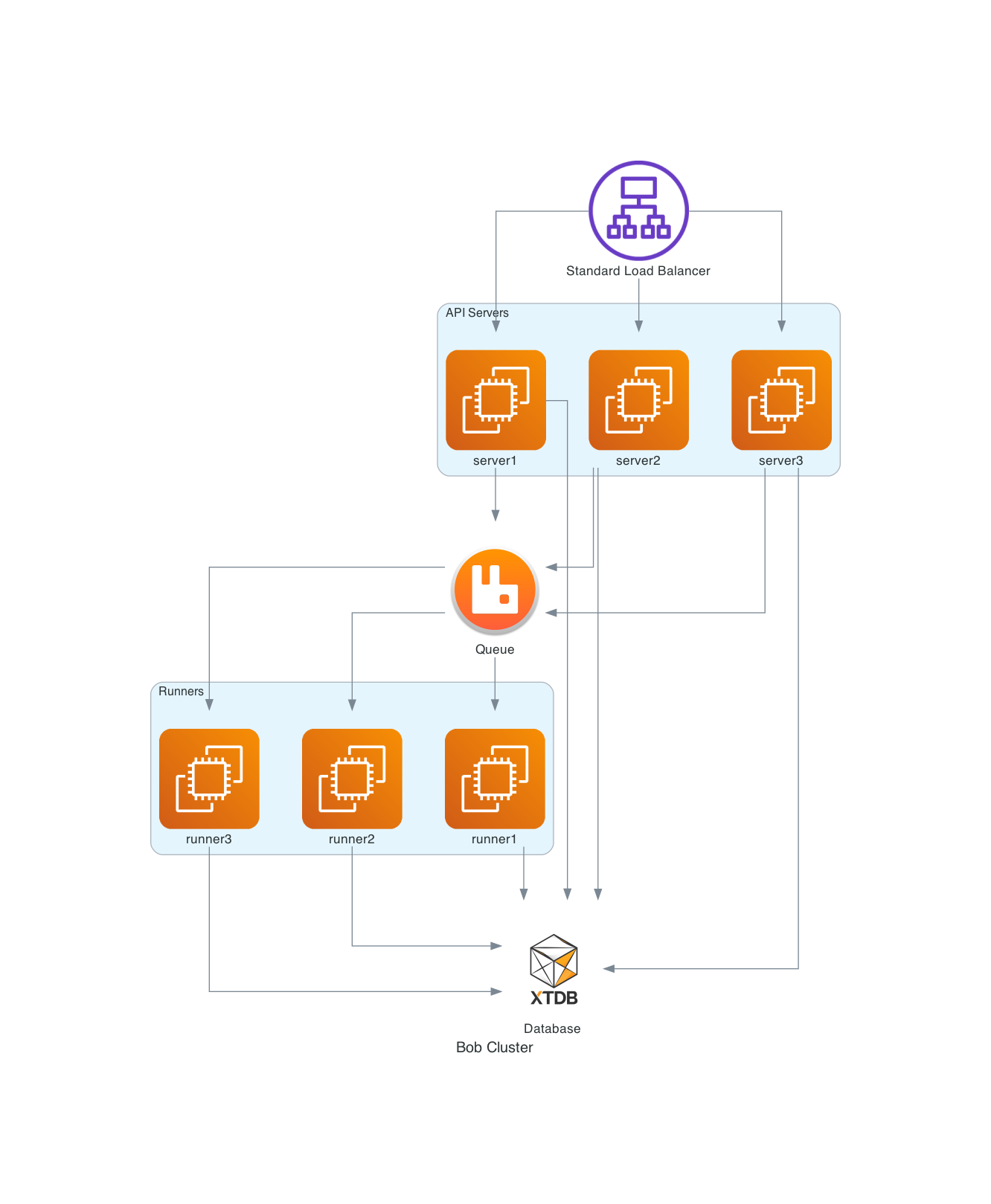 Bob follows the UNIX Philosophy of being small, robust and do one thing and do it well. Unlike most of the popular CI tooling, Bob tries to be a collection of small components which does one thing really well and allows you to compose them in the way you want and build your CI platform.

The core of the project lives in this Github repository. Its entirely written in Clojure, which allows Bob to be really small, scale easily and handle concurrency well. It uses XTDB as its temporal, document database.

ALL of the internals is exposed via a standard REST API.

A Pipeline is the one and only build unit for Bob. Bob is simple and therefore avoids the need of complex hierarchies (e.g. Jobs). A pipeline is completely self contained and can be linked to other pipelines either in up/downstream.

Extending should be external, i.e. one should be able to change Bob’s behavior by calling/using it differently without having to dig too deep into the core.

Extension of a CI/CD system is generally needed in the case of making the system interact with the world differently. Examples would be cloning a different kind of source control, reading a file from network, reacting to events etc. For this Bob defines a Resource, its way of abstracting out the need to know how to fetch something.

The other need for extension is to store/deploy the results of a build somewhere. For this Bob defines an Artifact, its way of abstracting out the need to know how to publish its build results.

Problems with Extending other CI toolings

Bob strongly rejects the idea of traditional plugins wherein the plugin is generally written in the same technologies as the core and is loaded into the same process as the core. Well known examples for this can be seen in Jenkins, GoCD, TeamCity and others. This style of extending the core functionality presents the following issues:

Like its depicted in the diagram above, Bob uses Podman internally as its execution engine. This provides an easily provisioned, isolated and disposable environment for build to take place in.

A pipeline is executed in the following way: